National Maritime Institute Chittagong (Former STC) was initially established in 1952 in a rented house. Training started in 1959 at Hazi Camp Premises, Pahartali, Chittagong. The permanent Training Building of the NMI with new infrastructure was built including modern training facilities during 1993-94 with the financial and technical assistance from the Govt. of Bangladesh and Japan. The name of NMI has been white listed in the IMO compendium in 2000. The Seamen’s Training Centre was renamed as “National Maritime Institute” with effect from July 07, 2004. The Institute has completed a project namely “Development of Seamen’s Training Centre” and renovation of Seamen’s Hostel at a cost of about Tk. 5.00 Crores in 2003-06. The Administration of NMI is under directly Ministry of Shipping w.e.f. 29-08-2010. National Maritime Institute 17th batch Selection Circular Published. 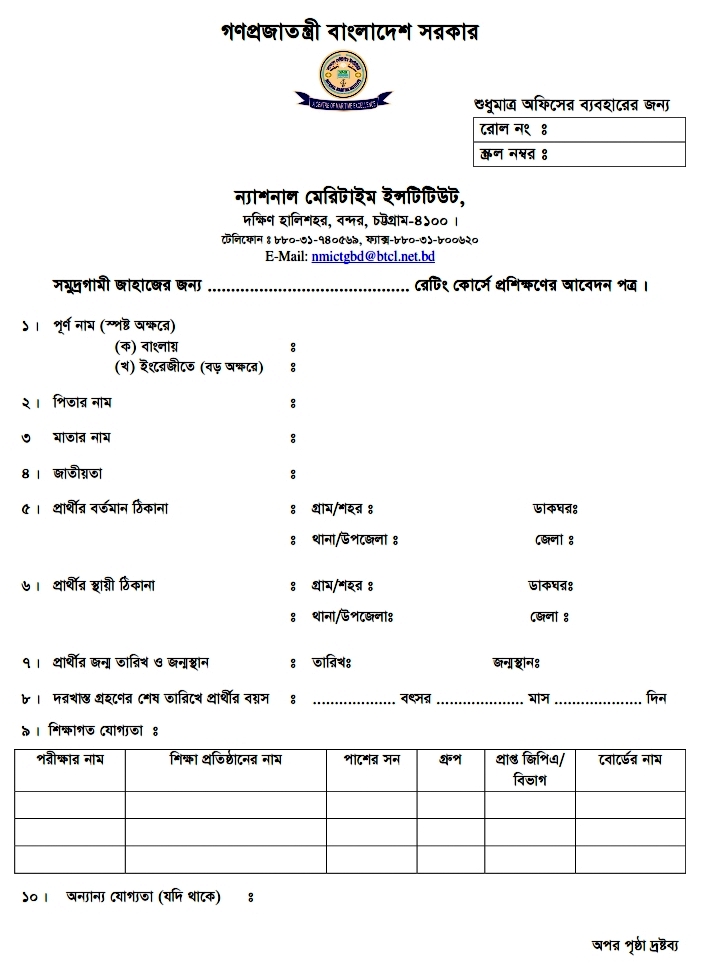 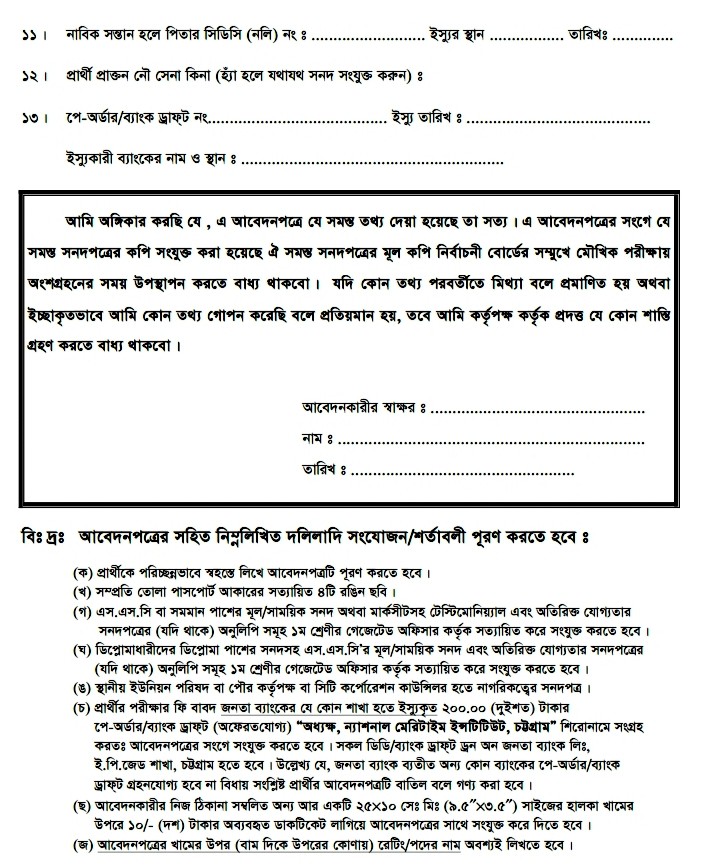