Who is Malala? Malala is the younger girl of Pakistan. Full Name: Malala Yousafzai, Malala Born in 1998, Mingora, Pakistan. Parents Name: Ziauddin Yousafzai, Activities: Malala is a school going student and education activist from the town of Mingora in the Swat District of Pakistan’s Khyber Pakhtunkhwa province. Malala born is very simple family; she is only 14 years old. Malala is known that education is the key of success. Education is only progress of life but not only life but also all kind of key of success. Malala known that if anybody progress his life they should must need education. Different ceremonies were held to honors the bravery of the child peace activist, exalting her stance against extremism and for women’s education. Malala all time are thinking how can we develop our women’s education. She thinking progress of women’s learning and how can of our poor children society is learned person. Pakistani Taliban are realized that if we attract Malala then sure Malala is not come back again school and She is not campaigning of women education of Pakistan this work of Malala’s dream. For this reason Malala is now Birmingham Hospital in United Kingdom (UK). At present Malala is a famus key that’s way Malala is Malala Day. Now Malala is Nominations of International Children’s Peace Prize. 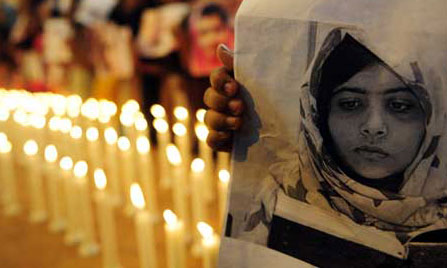 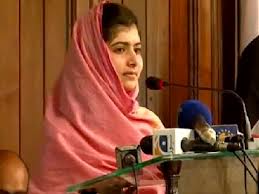 Malala Day was observed throughout the world on Saturday (November 10) under the banner of the United Nations the “Malala Day” It’s a very appreciated. The whole of the world are appreciated this decision. Only Women education a School going Girl shot by Pakistani Taliban it’s very bad of whole world. The Pakistan families of more than 3 million poor children will receive cash stipends if their children go to school, UN officials declared Malala Day one month after 15-year-old Malala Yousufzai and two of her classmates were shot by the Pakistan Taliban. Malala had been targeted for speaking out against the insurgency of Taliban shot. In the days following the shooting, Malala Yousufzai became an international fames world language woman education leaders pledged to support her campaign for girls’ education. A 17-year-old schoolboy presented a petition in support of Malala Yousafzai to the Pakistan High Commission on the global day of action for girls’ education which saw the whole world uniting behind Malala. Sunderland student David Crone, a UN and Plan UK Youth representative, handed in the documents which call for every child to have the right to go to school as part of a drive led by former Prime Minister Gordon Brown. The document said: This is a really important cause – all young people are entitled to the same level of education and no young person should be excluded because of threats or their gender. If girls are to receive a good level of education they also need the friendship of men and boys around the world to achieve do the job. On the Malala and the 32 million girl’s day, Pakistani organizations in the UK held events to express commonality with the injured student who is receiving treatment at the Queen Elizabeth Hospital in Birmingham. Several events to express solidarity with her have been planned in the coming days. Malala is not only Pakistani Muslim community but also whole world of religion community. 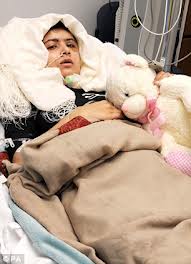 Pakistan’s High Commissioner to the UK Wajid Shamsul Hasan revealed that President Asif Ali Zardari was getting reports on Malala’s recovery every day and had instructed the High Commissioner to provide every facility to the Yousufzai family who are in Birmingham with her. Pakistan’s High Commissioner to the UK Wajid Shamsul Hasan also said Malala is an inspiration for the whole nation and a symbol of Pakistan’s determination to carry on its struggle to empower women and less privileged, especially the right of Pakistani girls to modern education Malala’s family and keep them in comfort and do everything possible so that she gets the best treatment of the world. Former UK President Gordon Brown’s office in London issued a statement which quoted him as saying: The president of Pakistan has agreed to work with the United Nations to ensure urgent delivery of education for all and to get Pakistan’s five million out-of-school children into education for the first time. No bombs, bullets, threats or intimidation can deter the international community, working in partnership with Pakistan, to ensure we build the schools, train teachers, provide learning materials, and ensure that there is no discrimination against girls. The prime minister said Malala is a voice of those who stand for women’s education, a right guaranteed under the Constitution of Pakistan and ordained by Islamic teachings. In his message of support for Yousafzai and girls’ education, UN Secretary-General Ban Ki-moon said: Malala Yousafzai is a global symbol of every girl’s right to an education. He said citizens from across the globe are speaking out for Malala and on behalf of the 61 million children who do not go to schools. I am adding my voice to the messages from over one million people across the globe. Education is a fundamental human right. It is a pathway to development, tolerance and global citizenship, UN Secretary-General said in a brief video message posted on the UN website. He called the international community to join the UN campaign to put education first for Malala and girls and boys throughout the world. Meanwhile, Foreign Office said Pakistan welcomes the voices of solidarity with Malala Yousafzai and video message of the UN Secretary-General Ban Ki-moon in her support and education of girls. Foreign Office spokesman in Islamabad said Pakistan firmly believes that education promotes the values of tolerance and paves the way for progress and prosperity. He said the tragic attack on Malala has further strengthened the resolve of the people of Pakistan to fight extremism and terrorism. , the Pakistani government relies on foreign donors to fund many social programs. United Kingdom (UK) is due to spend around $1 billion on helping Pakistan educate poor children purpose by 2015. We pray for Malala as soon as possible she is fully recover and again campaign her women education of Pakistan and whole the world. 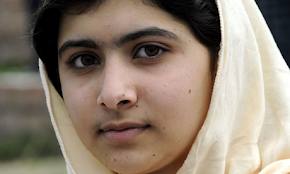